A huge thank you to Lorenzo Agostinelli and the Team at Gimoka Coffee UK for this great guest post on the process and science behind decaffeinated coffee. Make sure you check out their site – we’ve included the address at the end of this guest post! 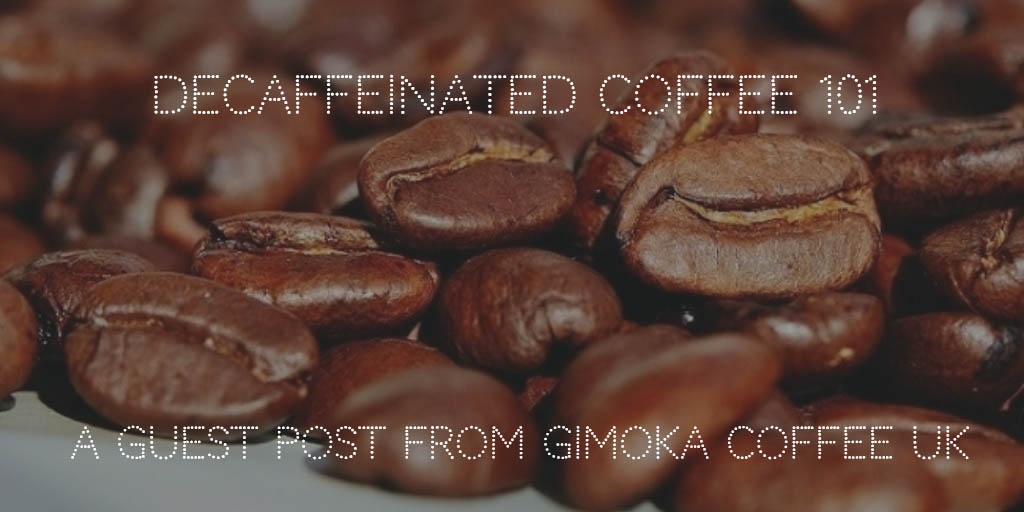 Decaffeination is the process of removing caffeine from substances that contain the natural stimulant. Examples of these substances include coffee, tea, and cocoa. These are common beverages around the world today. There have been a lot of speculations about the negative effects of caffeinated coffee which are yet to be proven. However, many have believed them and opted to use decaffeinated java due to the perceived health benefits.

You may be wondering how whole coffee beans can be freed from caffeine and still retain the coffee taste. Well, wonder no more. Below are the various methods used for decaffeination;
1. The Swiss Water process
The Swiss Water Process employs the concept of osmosis. Molecules of caffeine and other constituents of coffee flavor move from areas of high concentration to those of less concentration. In this case, they will move from the coffee beans to water. An activated charcoal filter which allows molecules of other coffee compounds to pass through but traps the caffeine is also used.

To start off the decaffeination process, green coffee beans are soaked in water for hours. Then, the water is drained to a separate tank. The result is coffee beans without any flavor or caffeine, and water laden with all these extracts. Next, the water is passed through the charcoal filter which traps the caffeine molecules allowing water and other compounds to go through.

Fresh green beans are introduced to the filtrate which contains concentrated coffee flavors only. The beans are soaked again. This time, only caffeine moves from the coffee beans since the flavors are already highly concentrated within the water. When drained, the resultant beans are free of caffeine and are ready for roasting.

2. The CO2 Process
This process uses liquefied carbon dioxide gas as a solvent. The uniqueness of CO2 gas is that it only dissolves caffeine molecules. First, the coffee beans are soaked in water. Next, they are transferred to a sealed chamber where liquid CO2 gas is passed at pressures of 1,000 lb/ft2. This force removes caffeine from the coffee beans. The caffeine-laden CO2 is then moved to a separate chamber where the pressure is released. This separates the gas from the caffeine compound and is pumped back to be reused.

The coffee beans are effectively decaffeinated and ready for further processing.

3. The Solvent Based Processes
Caffeine can also be dissolved using selected solvents that are not harmful for human consumption. This can be done by soaking the beans directly into the solvent or indirectly. Using the latter technique, the coffee does not come into conduct with the chemical being used. Due to health concerns, the recommended solvents for these processes are dichloromethane and ethyl acetate.
a). Direct Solvent Process
In this process, green coffee beans are first steamed for about half an hour. Next, they are soaked in the desired solvent repeatedly to dissolve the caffeine. This goes on for 10 hours. The caffeine-free beans are removed and heated with steam. This process is aimed at removing residue solvent to attain required FDA requirements which are usually under ten parts per million. The good thing is that the solvents used have low boiling points and easily evaporate at temperatures as low as 104F.
b). Indirect Solvent Process
As stated earlier, coffee beans do not come into contact with the solvent in this process. Instead, they are soaked in hot water for several hours to extract caffeine and other flavor compounds. The resultant brew, which is laden with caffeine and flavor elements, is drained and moved to a separate chamber. Here, ethyl acetate or dichloromethane is added to bind selectively with the caffeine molecules. This mixture is then heated for the caffeine and the solvent to evaporate. The remnant is a brew laden with coffee aroma and oils only. The coffee beans are re-introduced to absorb the flavor and oils. They are then dried and taken for roasting. 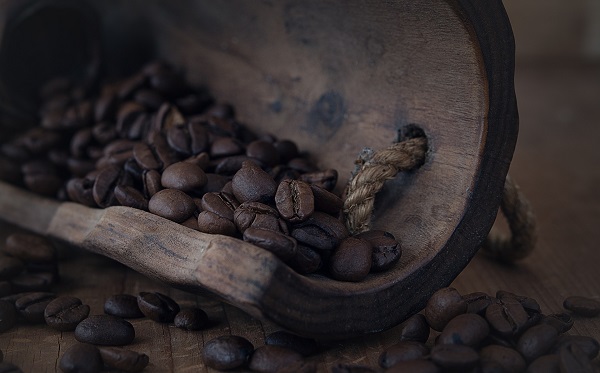 Is Decaffeinated Coffee Really a Coffee?